Why upgrade to 4K? What is the benefit of the change? 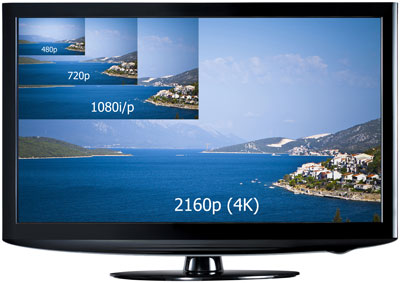 Naturally, the first question is who or why you need an Ultra High Definition (UHD) television. The 4K resolution (4 times as many pixels as Full HD) creates an even better, smoother picture. Especially with large screens or a small distance, the pictures look far more real.

Although most broadcasters do not yet transmit in 3840 x 2160p, streaming services such as Netflix already do so.

If you own a modern console (Xbox One X, PS4 Pro), you can significantly enhance the gaming experience with UHD graphics.

In addition to a high resolution, the modern UHD TVs such as the LG OLED C8 have even more to offer. They have refresh rates of 120 Hz or more to produce a flawless picture.

Most devices support the High Dynamic Range Technology (HDR), which divides the image into many small areas that can be illuminated differently. So immense contrast values ​​can be achieved. The picture is more colorful and natural.

With the various local dimming techniques, the manufacturers are trying to improve the black levels even further. The Samsung NU7100 for example already achieves good values, although it only got an edge lit LED display.

The new TVs with UHD are all lit with LEDs, but in different ways. The organic LEDs in an OLED device offer quite some advantages.

So every pixel really shines itself (no backlighting) and can be adjusted in color and brightness. Thus, the picture is comparatively not quite as bright, but the possible black levels increase significantly, since the pixels can also be completely turned off.

Since 2018 we are working on our 4K Reviews- Youtube Channel. Be up2date by subscribing it!